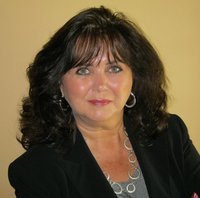 The business services and responsibilities are defined by state statute, court rules and county policies, and include:

Circuit Courts are courts of general jurisdiction in Tennessee. Circuit judges hear civil cases, criminal cases and appeals of decisions from General Sessions, Juvenile and Municipal courts. The jurisdiction of Circuit Courts often overlaps that of the Chancery Courts.

General Sessions Court jurisdiction varies from county to county based on state laws and private acts. Every county is served by the court which hears civil and criminal cases. Civil jurisdiction is restricted to specific monetary limits and types of actions. Criminal jurisdiction is limited to preliminary hearings in felony cases and misdemeanor trials in which a defendant waives the right to a grand jury investigation and trial by jury in Circuit or Criminal Court. General Sessions judges also serve as juvenile judges except in counties in which the legislature has established a separate Juvenile Court.